Barcelona in Spain have a lot to offer.

They have one of the best soccer team. Barcelona also had one of the best architect who designed many interesting looking buildings. For example have the church called Sagrada Familia been designed by the famous Antoni Gaudi, it is the most popular attraction in Barcelona. It is must see building. I will show you some pictures from my visit there.

Antoni Gaudi’s touch is everywhere in Barcelona. To see more of this fantastic person you can go to Parc Güell. It is a park that is designed by Antoni Gaudi.

If you cannot get enough of Antoni Gaudi, there are 2 more interesting buildings to see. The first one is called Casa Batllo. The design is inspired of fishes. You will be able to see that the balconies look like the yaw of a fish.

On the roof of Casa Bastilo

The second house is Casa Mila. It is very near to the other building, just few minutes away. So if you are anyway visiting the Casa Batllo then you might as well visit Casa Mila.

On the roof of the Casa Milà

After have seen lots of buildings it is time to see where the soccer team of Barcelona plays and the stadium what I know not designed by Gaudi. It feels like its the only building not inspired by Gaudi. The Stadium is called Camp Nou. You can go inside the stadium and also see the museum with lot of pictures and trophies.

There is also a chance to get a picture with Messi, even if you are just posing in front of a green screen but the picture comes out looking like you are standing next to Leo Messi. It might be the closest you will get to stand next to Messi. You also get to pose with a big trophy so that you feel like a champion as well.  The entrance fee cost around 25 Euros. you also get to see the changing room of Barcelona FC and see their Jacuzzi and the massage tables. They also have the worlds biggest Nike store with all Barcelona FC stuff in all kinds of shape and sizes.

I also visited a wax museum in the evening. We were almost the only one there at that time. I am little scared for statues that are very alike the original persons because I expect that at anytime the wax statue will just follow you with their eyes or say “boo”. It is something I have always felt when looking at the wax statues, so I just have to live with those thoughts while walking among the statues that looks more than scary.

Here you will see famous presidents and royals to martyrs. From Prince Charles to the artist Dali. From colorful flamenco dancers to medieval fighters. They also have a scary section, as if it is not enough with the strange statues in the normal section. It is not the same quality as in Madame Tussaud in London or Berlin. The version of Prince Charles looks little weird. See the pictures and you will know what I am talking about.

The food in Barcelona that you have to try is paella and of course tapas.

Small dishes that you combine

One of the tapas dessert i tried

I will end the story of Barcelona by showing some random pictures.

Our Hotel was very close to the La Ramba, the famous walking street.

View from our hotel room

Wonder what it is suppose to resemple

The harbor by night

This bus will take you to all the tourist attractions, but i never used it.

No words for this picture 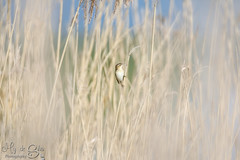 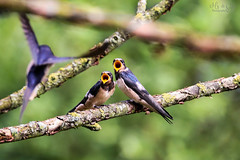